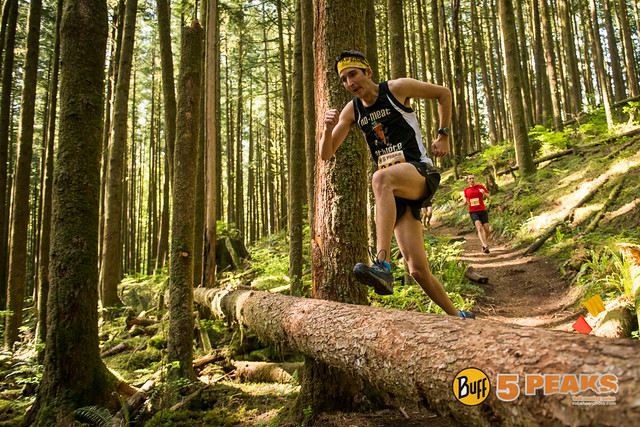 I am quiet possibly the least photogenic runner ever. 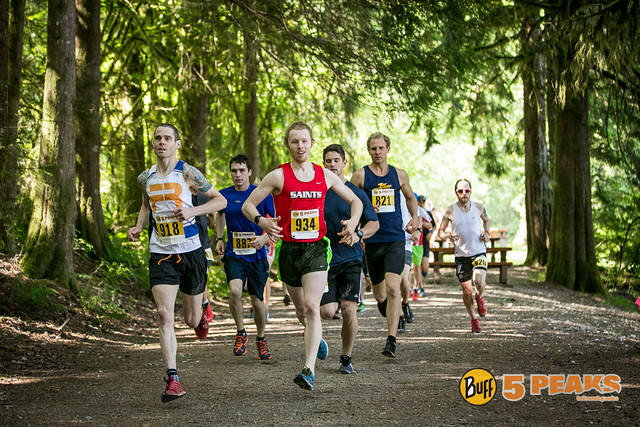 I ran the 5 Peaks – Alice Lake 11 km Enduro Race last Saturday. It was my first trail run and one of the hardest races I’ve ever done. The hills chewed me up and spat me out. But it was also one of the most scenic and gratifying races to finish. 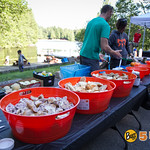 I have nothing but good things to say about the race organizers. The 5 Peaks race was easily the best organized and most fun running event I’ve been to. Kudos to the organizers. The pre-race emails were informative and funny; the race package included snazzy arm warmers (much better than yet another shirt); the course was well marked; and the post race festivities involved sunbathing, a dip in Alice Lake, and copious amounts of fresh fruit. 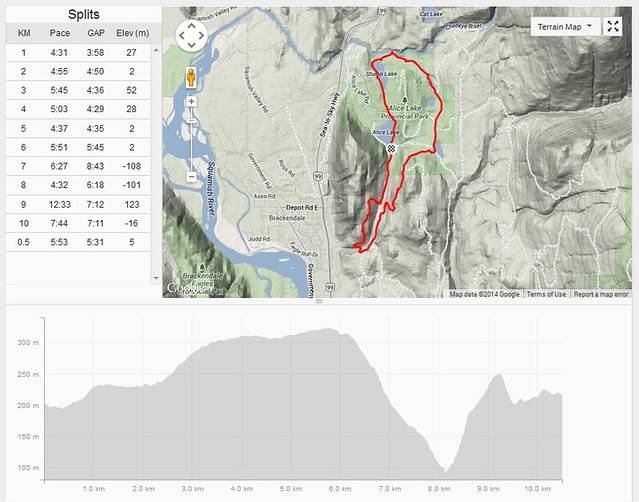 I started the race in the first wave, which may have been foolish but a few friends convinced me that’s where I belonged. I kept up with a lot of the runners, but it was my first real trail run, never mind my first trail race, and I was unprepared for the toll the hills would take. I was fine for the first 6 km, covering the rolling hills and steady uphill climb at a good pace. The 2 km descent down Credit Line was fun, but I felt like I was going stupidly fast, on the verge of wiping out, and I was still being passed by quite a few runners. I got good advice from a guy on my tail who told me to mimic the technique of one of the ladies who had just passed me – long strides with careful foot placement. I tried. I guess this is why people practice running trails before races.

After the long descent was a brutal uphill climb that felt like it would never end. I was glad I wasn’t the only one struggling to even walk up the hill. It took all my energy just to keep my legs moving. I was dehydrated and spent. Occasionally the trail would flatten out for a few meters, but it was difficult to get running again. Once the trail peaked, it immediately plunged back down. Near the bottom of the descent I rolled my ankle. Luckily the last 500 meters was on mostly level ground and I was able to keep running without much pain. My heart rate peaked at 194 bpm as I sprinted for the finish line.

I was worried about passing on the narrow, single track sections of the race, but it was surprisingly easy. When I heard someone running behind me I would slow down a bit and leave some space for them to pass. Most runners would yell “on your left” as they approached and “thank you” once they were by.

Photos
5 Peaks posted 434 photos on Flickr. Sadly, I’m not in any of them (need to work on my smile while running) but Scott and Simon are. 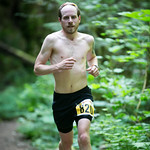 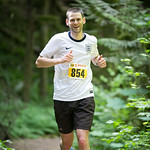 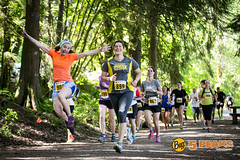 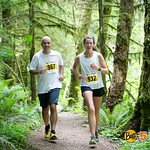 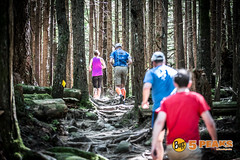 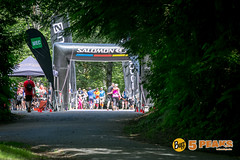 Final Thoughts
I found trail running to be more fun than road racing, but a lot harder on my body. I’ll need to practice more and strengthen my ankles before I run another race. I guess it’s time to suck it up and ride the bus to the north shore mountains on the weekends. It’s just hard to justify hours on the bus when Vancouver’s nicest flat trail, the seawall, is seconds from my front door.