For our summer camping trip we spent 3 nights at Porpoise Bay Provincial Park on the Sunshine Coast.

Porpoise Bay is a great family-friendly campsite close to Vancouver. It only takes 2 hours to drive there, including an hour long ferry ride in the middle where the kids can run around.

There are a few things that make it stand out from the other BC provincial park campsites.

On the less possitive side:

We thought the communal fire pits would be a downside but it turned into a great way to meet other campers. In the evenings, a lot of families would show up to roast marshmallows. Astrid enjoyed running around with other kids and we got a chance to chat with the parents. Before we knew it, Astrid was running off with the other kids to play in the woods. And during the daytime, kids were coming by our site to play with her. One kid even came to say goodbye when we were leaving.

The communal fire pits are small and there are only 3 of them, so they’re not great for cooking on. We managed to roast veggie sausages and corn but I would be prepared to do all of the cooking at your own site using a propane stove.

There aren’t any hiking trails in Porpose Bay Provincal Park, but there are a few good trails nearby. We hiked the trail at nearby Smugglers Cove. It’s an easy 1.5 hour hike out to a sheltered bay with nice views. Seemed like a great place to jump in for a swim on a hot day.

We visited Smugglers Cove back in 2007 and were amazed that there were starfish everywhere. Sadly, we didn’t see a single one this time. In 2013 starfish wasting disease wiped out almost all of the starfish and it the population hasn’t recovered. It’s really sad. We did find a single starfish on the beach in Davis Bay, but it was the only one we saw all trip.

Camping was made a bit more difficult this year because of Astrid’s cast. She couldn’t go in the water, she didn’t sleep well at night, and we had to watch her a bit more closely at the playground, not that it discouraged her from climbing. Having a cast wasn’t ideal for camping but Astrid’s a resilient kid.

Like most campgrounds in BC, Porpose Bay was full of kids getting around on bikes. We’ll have to bring Astrid’s bike next year (assuming she’s not in a cast).

The sunshine coast is a beautiful area to explore and Porpoise Bay is a great campground to use as a base. Sechelt, Davis Bay, and Smuggler’s Cove are all close by.

We’re looking forward to finding a new campsite for next year. Maybe something in the Okanagan. Last year we did 2 nights at Alice Lake and in 2017 we spent 1 night at Golden Ears. Tradition dictates that we do a 4-night camping trip next year. We’ll see if that happens. 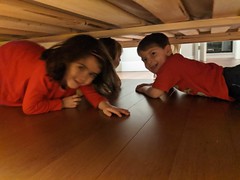 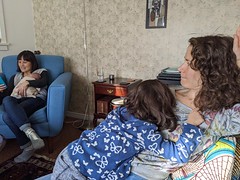 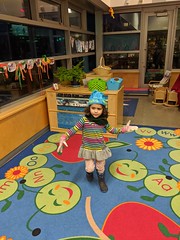 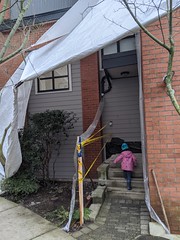 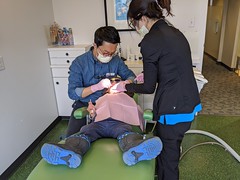 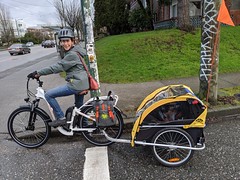 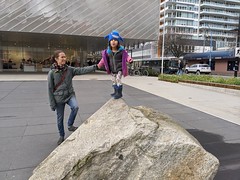 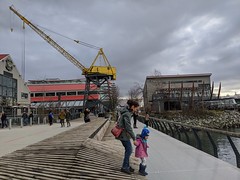