I’m sure none of the parties are entirely happy with yesterday’s election results. Vision retains control of City Council, with Mayor Gregor Robertson and 6 councillors re-elected, but suffered big loses on Park Board and School Board. The NPA and Greens both gained seats, but neither had the breakthrough they were looking for at City Council. COPE, and all of the smaller parties, didn’t even come close to electing anyone.

Only 11 of the 27 candidates I voted for won, but I’m reasonably satisfied with the results. Vision still has a majority at City Council and can continue to push improvements to bike infrastructure and the urban realm. I hope that Adriane Carr will find a way to join Vision on the Greenest City plan instead of opposing it and everything else.

I plan on doing a deeper analysis of the election results once the spreadsheets are published to find out what happened (my big questions are listed at the bottom), but here is a quick look at the numbers.

Vancouver’s election is only 10 days away. Advanced polls opened yesterday, so you can vote now. The only thing holding you back is choosing who to vote for. Vancouver’s ballot will likely be the most intimidating ballot you’ve ever seen. You have to pick 1 mayor, 10 city councillors, 7 parks board commissioners, and 9 school trustees from a list of 108 candidates! Don’t worry, I’m here to help.

I’ve read all the platforms, quizzed the candidates on twitter, participated in the reddit AMAs, read their survey responses, and attended a debate. Here’s my take.

Disclaimer: I’m heavily biased toward bike-friendly, environmentalist, hipster candidates who will improve Vancouver’s livability. The issues most important to me are transportation, the environment, the urban realm, and the tech sector. I recognize affordable housing as Vancouver’s biggest challenge, but I don’t think there is much the city can do to address it.

For the past 40 years, the car has been king and BC politicians have been promising shiny, new (and expensive) highways, bridges, and expressways to get elected. It’s been known as ‘blacktop politics‘, and although it never delivered on its promise of congestion-free commuting, it has never been a losing strategy for politicians.

But that’s beginning to change. There are two transportation visions being floated for the Lower Mainland. Premier Christy Clark and the BC Liberal government think expanded highways are the future. Vancouver Mayor Gregor Robertson and city council think expanded public transit, encouraging people to walk and cycle, and discouraging car use is a better plan.

It’s a big shift, but there are reasons to think the era of the car is coming to an end. Car use has peaked in many western countries, driven by high gas prices and young people who would rather spend their commute on a bus with their cellphone then behind the wheel of a car in traffic. In Downtown Vancouver, current traffic volumes are the same as they were in 1965!

The Sightline Institute has been documenting peak car use in the Pacific Northwest with a series of posts entitled Dude, Where Are My Cars? The most recent post shows that traffic on the Port Mann Bridge peaked in 2005, and yet the Liberals spent $3.3 billion building the widest bridge in the world (10 lanes, 65 meters) to replace it. Now, Premier Christy Clark is promising to expand the Massey Tunnel, which saw volumes peak in 2004. (Data from Ministry of Transportation – missing two years from 2000-2001).

Vancouver (and the region) has a growing population, and people are still commuting and traveling, they’re just using public transit and cycling instead of a car. Transit use is at an all-time high, and there’s a huge latent demand for new rapid transit projects. The Canada Line is years ahead of its ridership projections, averaging 110,000 passengers a day. Cycling is the fastest growing mode of transportation in Vancouver, and 4.1% of all trips are now done on a bike (1.9% in Greater Vancouver).

Politicians need to realize that our transportation future is not in wider bridges or bigger tunnels, but in more trains and bike lanes. There is a world-wide shift occurring away from the car. In Italy, last year more bikes were sold than cars for the first time since World War 2. In Australia, vehicle use is at the same level as 1992 and people are questioning the governments spending on highways. It’s time we start building for the future.

This will be my last election analysis post. I promise.

The Vancouver election results are particularly interesting to analyze because each voter had multiple choices to make – 1 vote for mayor, 10 council, 7 parks board, and 8 school trustees. We now know who won and how many votes each candidate got in total, but it’s not immediately obvious why. In the past week, many pundits have been musing about …

It’s impossible to know who supported Adriane Carr or how many Vision voters didn’t vote COPE, because every ballot is secret. However, if we look at the vote percentages from the 135 polling districts, we can do a correlation analysis to try and answer some of the questions above. The high correlation between the candidates indicates that their votes were consistent across Vancouver (the same good polls and bad polls). This should be a good proxy for determining if candidates attracted support from the same voters.

I did a quick analysis of the Vancouver election results last night, but this morning I did a deeper dive into the data (Skyrim can wait).

I went through the 135 polling districts and tried to find interesting patterns and changes from 2008 to 2011. Here are some of the highlights:

END_OF_DOCUMENT_TOKEN_TO_BE_REPLACED

I’m tired and it’s been a long day. I spent 12 hours scrutineering at Renfrew Community Centre, ensuring that Vision got its supporters to the polls. I hope it isn’t a reflection of my hard work, but Suzanne Anton received 50 more votes than Gregor in my poll – which had me freaked out on my bike ride home because I was worried it was going to be a trend across the city. It didn’t help that when I got home the initial results had Anton in the lead.

But now that the results are all in, I’m extremely happy. Gregor beat Anton by a sizable margin, every Vision candidate won, and city council is dominated by environmentally friendly councillors. Now we can focus on 3 more years of bike lanes, food carts, and green initiatives.

My random thoughts on…
City Councillors
The end result is pretty close to my endorsed slate, which I didn’t actually vote for. I debated for a long time what do to with my 10th council vote (between Affleck, Garossino, and Carr) and ended up voting for Carr. I’m happy that she won, but would have been happier with Ellen Woodsworth, who finished in 11th. The biggest disappointment for me is RJ Aquino. RJ’s response to not being elected “At least now I know I’ll have time to play Skyrim”. I wanted to see what he could do on council.

END_OF_DOCUMENT_TOKEN_TO_BE_REPLACED

For Mayor, I’ll be voting for Gregor Robertson of Vision Vancouver.

For council, my votes in order of preference:

My thoughts on other candidates I considered voting for:

For School Board and Parks Board I’ll be voting for the Vision/COPE slate.

I would urge you to look at the candidates and choose ones that have decided to not go with attack ads, to not go with the low road, to not go with lowest common denominator politics, to not go with strategic griping, but sort of a politician who perhaps actually has passion, who takes into consideration a lot of issues that are on all of our minds.

And some advice from Vancouver cyclists:

I’m really going to vote for a bike-friendly candidate because this is amazing. To see how many people are getting out, to see the healthiness that we’re inspiring in Vancouver, to have safety, I think, is really key, and we want to support those in city council that are going to support cyclists.

Reason #5: Greenest City
Vancouver is a green city, in almost every respect. It’s what convinced me to move here 5 years ago. I love that Gregor Robertson and Vision Vancouver are working hard to make it even greener.

After months of consultation, Vancouver’s Greenest City action plan was unanimously passed in January. Some pilots have already started, but we should start to see the real results over the next few years, including:

Here’s some more info on Vision Vancouver’s accomplishments and plans. And here’s what Vancouver’s plan looks like from Seattle.

Homelessness is one of those issues that gets a lot of attention, but seems too big to fix.

Last month, during Homeless Action Week, I went to a documentary night where Judy Graves and a street nurse answered questions after the films. What surprised me was how both of them were adamant that things have gotten better in the past 3 years. Still bad, but not desperate as things were 3 years ago when both documentaries were filmed in Vancouver.

What’s changed? Vancouver has opened HEAT shelters to ensure no one has to sleep on the streets in the winter. And there are 1500 new low-income units being built in Vancouver from a partnership with the province started under NPA mayor Sam Sullivan and continued by Gregor Robertson.

The number of homeless people in Vancouver has stabilized, but the biggest change has been in the number of shelter spots available. You can read more about the numbers on Frances Bula’s blog.

Vision Vancouver is promising to end street homelessness by 2015. I think that’s an ambitious and near-impossible task, especially without more help from the province and federal governments, but our current city council cares and will do as much as possible to help, and hopefully things will continue to improve. 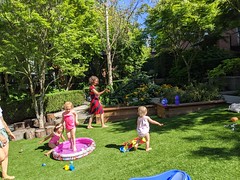 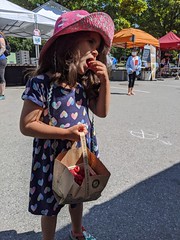 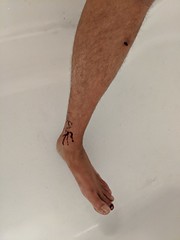 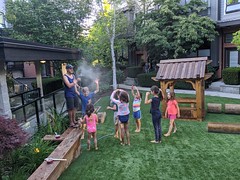 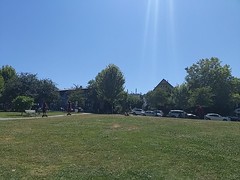 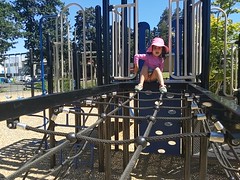 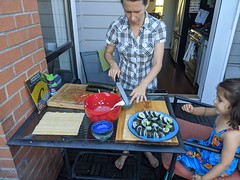 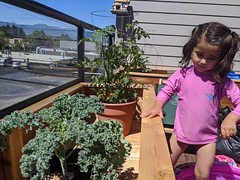