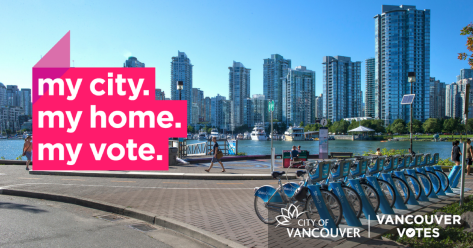 We’re less than a week to go to election day. 18,000 Vancouverites have already voted. If you’re not one of them and are looking for more information, here’s a collection of survey responses that you might find helpful.

Patti Bacchus on School Board

Force of Nature on Environment and Climate Change

Cambie Report and Megan Lau on Intersectionality (Issues Beyond Housing)

Artsvotes BC on the Arts

Save Our Skyline – View Cones